#50 Price: $1.8 million Opening this list are two supercars from the brand of prancing horses. Monza SP1 and SP2 are the first two models in a limited edition series called the “Icona” introduced by Ferrari at the end of September 2018. So it is not surprising that their prices are superior to Ferrari’s new supercars. They can accelerate from 0-60mph in just 2.

50 launched before, the new T.33 is also equipped with a naturally aspirated V12 engine designed and manufactured by Cosworth. The engine still has a capacity of 3.9-liter but has been tweaked with power now only 607hp and 332 lb-ft of torque.

Only 100 units of the T.33 will be produced, and of course, they were sold out shortly after unveiling. The car is expected to reach users in 2024. #48 Price: $1.9 million Designed and crafted by Bentley Mulliner, the company’s in-house coachbuilding, customization, and classic-car specialist.

The Bacalar supercar impresses with a bold look inspired by the 2019 EXP 100 GT concept. Almost every interior surface of the car has been covered in exotic and expensive materials. Just 12 examples of this striking, limited-edition model are being created, guaranteeing rarity and exclusivity, and offering supreme luxury and breath-taking performance. #47 Price: $1.9 million Although it has been around for nearly six years, the charm of Koenigsegg Regera has not cooled down.

As a product with money, it is also difficult to buy when the Regera is limited to 80 units worldwide with a 5.0-liter V8 engine, combined with three additional electric motors, producing a Maximum total capacity is up to 1,500 horsepower, allowing the Megacar accelerates from 0-62 mph in just 2.8 seconds and only need 20 seconds to reach a speed of 249mph.

#46 Price: $1.9 million The SSC Tuatara has officially overtaken the Agera RS as the world’s fastest production car, with an average speed of 282.

9 mph in both directions. However, they still have to receive a lot of irony for not being able to replicate the previous 316 mph result. Although the American brand was still determined to break the 300mph barrier when making another attempt, unfortunately, the car had an accident while moving to the test track on a dedicated vehicle.

So we still have to wait for it for a while. #45 Price: $2 million The Boulogne is a more powerful,track-focused version of the Carmen.

It was unveiled in 2020. The car feature carbon-fiber construction for the body and central monocoque and an 80-kilowatt-hour battery that should deliver about 200 miles of range. Power comes from a dual-motor setup that in the Boulogne delivers 1,114 hp. Only five Carmen Boulogne will be built worldwide. The first has just been officially handed over to the owner, Michael Fux – the mattress mogul in the world.

#44 Price: $2 million The 3D-printed hypercar has officially launched the production version, ready for 80 lucky customers. Since the reveal, Czinger has tweaked the model and received several upgrades to help the car have more impressive acceleration. The car’s dry weight is only 2734 pounds, thanks to the use of many carbon fibers and other lightweight materials that help the vehicle achieve high performance.

The car will reach customers from the end of 2021 until 2023. Although it is manufactured in the US, the vehicle owner cannot use it comfortably on the roads of this country. The Hennessey Venom F5 can only be used for a maximum of 2,500 miles per year and is registered as a show car because it does not meet safety standards because it is not equipped with airbags. #42 Price: $2.2 million It’s been three years since its debut at the 2019 Geneva Motor Show, Battista has come to the final stages of handing over to its customers.

The electric hypercar is described as “the most powerful road-legal Italian car ever built” and will compete head-to-head with the Rimac Nevera and Lotus Evija in the increasingly competitive hyper-EV segment. 150 units are expected to be produced. #41 Price: $2.2 million The Ferrari LaFerrari Aperta is considered a hugely profitable investment. Lucky customers chosen by Ferrari to buy LaFerrari Aperta can resell them for a profit of no less than $1 million.

There are Aperta cars that are “screamed” to more than $6.5 million to $10 million. A total of 210 Aperta were produced worldwide. Of which 200 standard units are sold to customers, 9 units to celebrate the company’s 70th birthday and the 210th for charity purposes. #40 Price: $2.

23 million Created by Lamborghini to celebrate the 100th birthday of the founder of the brand Ferruccio Lamborghini. The model is also a way for the Italian supercar company to demonstrate its strategy and ability to create unique and limited super products. Only 20 units were built. It’s not hard to see that this is a great bargain for car collectors worldwide. 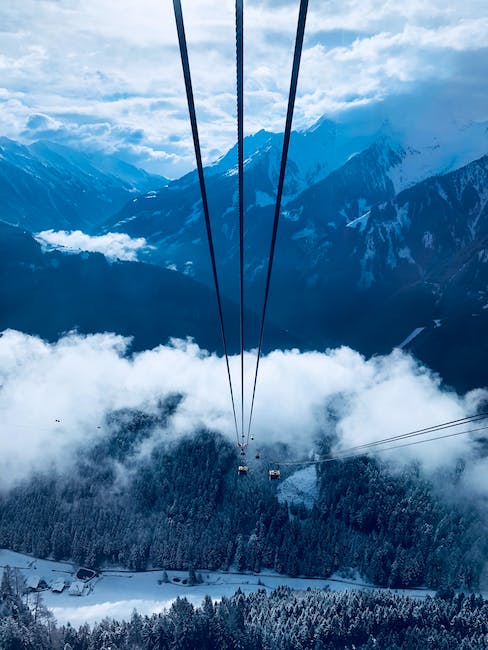 On the used car market, the price of a Centenario is many times more expensive than the manufacturer’s price because of its rarity and is hard to find.

#39 Price: $2.25 million The SP3 Daytona is the 3rd car in the series of “Icona” ultra-limited-edition cars. so its appeal is enormous. 599 units were sold out before launch. Of these 499 were sold to owners of SP1 & SP2, the remaining 100 were sold to pre-selected Ferrari customers.

The SP3 has the iconic look of the sports-prototype racers that won the 1967 Daytona 24 Hours and featured Ferrari’s equally iconic naturally aspirated mid-mounted 829hp V12. #38 Price: $2.25 million McLaren only produced 106 Speedtails, and each one carries some distinction.

Born to pay tribute to the legendary F1 supercar, McLaren Speedtail owns an interior space of 3 seats with a carbon fiber driver’s seat in the middle. However, the similarities between F1 and Speedtail also stop here when McLaren’s new supercar uses a hybrid engine system with a maximum capacity of 1,036 horsepower and 848 lb-ft of torque.

#37 Price: $2.3 million The Vulcan is one of the most innovatively designed supercars Aston Martin has ever produced after the One-77 model. The car is equipped with a 7.0-liter V12 engine that produces more than 800 horsepower. However, customers will have to attend a particular training course to own a Vulcan because mastering a powerful supercar like Vulcan is not easy.

Only 24 units of the Vulcan were produced, which speaks to its rarity. #36 Price: $2.3 million With only 130 units produced, the Evija delivers a whopping almost 2000 horsepower, making it the most powerful production car on the planet. The Evija weighs just over 3700 pounds, making it supposedly the lightest EV hypercar ever to enter production. The car takes just 12 minutes for an 80 percent charge, and a full charge takes a mere 18 minutes.

This Lotus hypercar can travel up to 250 miles between charges. #35 Price: $2.4 million Rimac Nevera is proving to be one of the most powerful electric hypercars globally. It needs just 1.85 seconds to accelerate to 60 mph, thanks to four electric motors delivering a combined 1914 hp and 1740 lb-ft that are impressive.

Only 150 units were released to the market. Customers can choose from 3 versions, including GT, Signature, and Timeless, along with a Bespoke personalization package to make each Rimac Nevera unique worldwide. #34 Price: $2.6 million The Essenza SCV12 is a car you can’t drive on the street or take home to your garage. It’s powered by a version of Lamborghini’s long-serving 6.

Production is limited to only 40 units. Each car will be stored in a special hangar with a full range of dedicated services and webcams so that owners can monitor their vehicle. Lamborghini would be responsible for the maintenance and transportation of the cars to any FIA class 1 track worldwide. #33 Price: $2.

6 million The P1 GTR is a track-focused version of the P1. It was unveiled at the 2015 Geneva Motor Show, and only 58 units were produced. All P1 GTR owners are required to attend training and consultation sessions at the McLaren Technology Centre. Here, car owners will experience the power and speed of this racing supercar through the simulation system before actually experiencing the feeling of sitting behind the wheel of this supercar. #32 Price: $2.

64 million For the first time in Lamborghini supercar history, the company has revived an old name into a new car. That is the Countach – the strange car that created the supercar segment – “resurrected” after 30 years.

It is a combination of Aventador, Sian and the legendary Countach. Only 112 will be built – a tribute to the original Countach prototype, which was named the LP112. Each owner can customize their supercar by choosing an exclusive exterior paint color and four interior options plus complementary colors for the carpet, ceiling and stitching.

#31 Price: $2.67 million With only ten units produced worldwide, Apollo IE quickly sold outright from the launch. Its undeniable attraction on the street with an extremely eye-catching and sharp design like stepping out of fiction movies.

Inside, Apollo IE is powered by a naturally aspirated 6.3-liter V12 engine that delivers 780 hp and 561 lb-ft of torque.

With that power, it only needs 2.7 seconds to accelerate from 0-60mph before reaching a top speed of 208mph. The car is made almost entirely out of carbon fiber, so it is very light only 2,755 lbs..